This page offers a selection of sources for the study of ATS2333 Jazz History.to supplement your ATS2333 Reading List.
Naxos Video Library Check out the Jazz videos under Genres and Programmes. Films of many Jazz musicians from the late 1950s until 2010 can be found there.

If you need a particular kind of resource, please contact your librarian. You can also use our Zoom Drop in which is available, Monday to Friday 1pm to 5pm via ZOOM during semester. 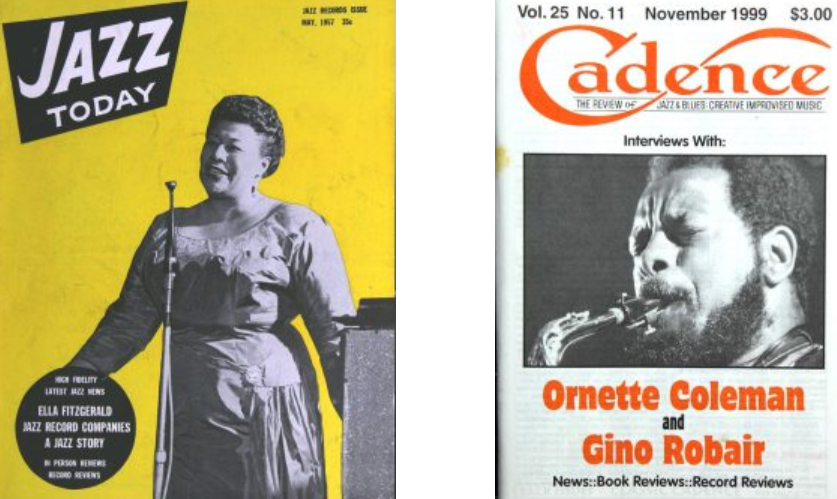 Dictionaries and Encyclopedias are useful for checking terms and definitions for Jazz styles. The Oxford Music Bibliographies feature peer reviewed sources and the annotated bibliography for Jazz provides many academic and scholarly sources.

The following databases offer streamed recorded sound which you can search using keywords such as the name of the artist or the style of jazz
Naxos Library Jazz is keywords to find musical instruments, geographic areas, cultural groups and genres..

Jazz Music Library has a large comprehensive collection of streaming jazz available online with thousands of jazz artists, ensembles, albums, and genres. Many albums contain liner notes which offer different perspectives on your topics. You can search by Place or Genre and browse by performer or ensemble.

Here are some selections:

Down Beat is described as a magazine for jazz musicians, written by jazz musicians and the best jazz journalists in the world. the early issues offer articles on "Ellington, Armstrong, Miles, Bird, Dizzy, Coltrane, Brubeck, Eldridge, Lester Young, Ella and Lady Day "all the greats–to hear them talk about their lives and their careers".
Online from 2008
Online 1934-1963 via RIPM Jazz Journals
Print issues1963-2020

Dictionaries and Encyclopedias are good resources for checking terms and definitions of styles of Jazz. The Oxford Music Bibliographies feature peer reviewed sources and the annotated bibliography for Jazz, is a useful reference resource.