This page includes resources for ATS3061 Music in Australia which supplement your reading list. To find further examples in Search enter the keywords related to you essay topics. The resources are intended to support your assessment preparation, and where possible, the books are available as an ebooks. A particularly good series is the Platform Papers which includes No. 62: Performing Arts Markets and their Conundrums and No. 59 Ngarra - Burria : New Music and the Search for an Australian Sound. If you need a particular kind of resource, please contact your librarian. The National Library of Australia's resources for Music, Audio & Video may be of interest. You can filter results by format, place, date and language including Aboriginal and Torres Strait  languages.

Ngarra-Burria: First Peoples Composers (a website from the Australian Music Centre)
Ngarra-Burria is a program that builds bridges for First Peoples musicians to step forward, further develop their composing skills, and connect with the art music* sector. The program was initiated by Dharug composer Chris Sainsbury, and is delivered by a partnership between Moogahlin Performing Arts, the Australian Music Centre, ANU School of Music, Ensemble Offspring and the Royal Australian Navy Band, with funding support from APRA AMCOS, and in-kind support from EORA College of TAFE.

Music in Australia, in libraries

Our State libraries offer free access to electronic resources. In Victoria, any resident can become a member of the State Library and will have free access to many databases that we have through our Monash University Library card. Take a look at these links:

The National Library of Australia card also offers you access to electronic resources related to music.

This library also offers a collection of acoustic and electric guitars, keyboards and amplifiers for library members to use in the room and a collection of ukuleles is available to borrow and take home from both Kings Cross and Green Square libraries.
https://www.cityofsydney.nsw.gov.au/library-collections/musical-instruments-collection

City of Melbourne Library at Docklands

https://www.melbourne.vic.gov.au/community/hubs-bookable-spaces/the-dock/library-at-the-dock/Pages/editing-suite-and-recording-studio.aspx
This library has a recording studio, practice rooms and a performance space which which can be hired.

Platform Papers (Available online 2004 -2012 issue)
Platform Papers is a quarterly publication on an issue affecting the health of the performing arts. Each essay challenges the applause and the brickbats and tells you what is really happening in the arts industry. The authors seek new directions in music, theatre, dance, arts and entertainment, film, television, cultural policy, advocacy, copyright and defamation, arts training and innovation, the creative economy, race relations, young people’s theatre and the digital arts. Print Issues from 2013 are available in the Matheson Library. Issues 35,40, 54 and 57 are digitised on the ATS3061 Reading List.

Journal articles are indexed by databases. Informit, Proquest and EBSCOhost (which includes RILM Abstracts) are useful indexes for music in Australia. To see all databases related to Music go to Databases and indexes on this guide.

APA 7th is the latest edition of the American Psychological Association referencing style. Please see the Monash University Library APA 7th Guide: https://guides.lib.monash.edu/citing-referencing/apa7th
The University of Queensland also has a helpful guide: https://guides.library.uq.edu.au/referencing/apa7.
Both are based on the Publication Manual of the American Psychological Association. If you need help with your referencing, you can drop-in completely online to get expert advice from a learning skills adviser or librarian.

During semester 2, the online Research and Learning point service is available Monday to Friday 12pm to 5pm via Zoom.

Specific examples for music scores are provided by the APA style here: https://apastyle.apa.org/style-grammar-guidelines/references/examples/musical-score-references

For those familiar with APA 6th here is a quick summary of the differences:
APA 6th vs APA 7th: Summary of the main citing and referencing changes 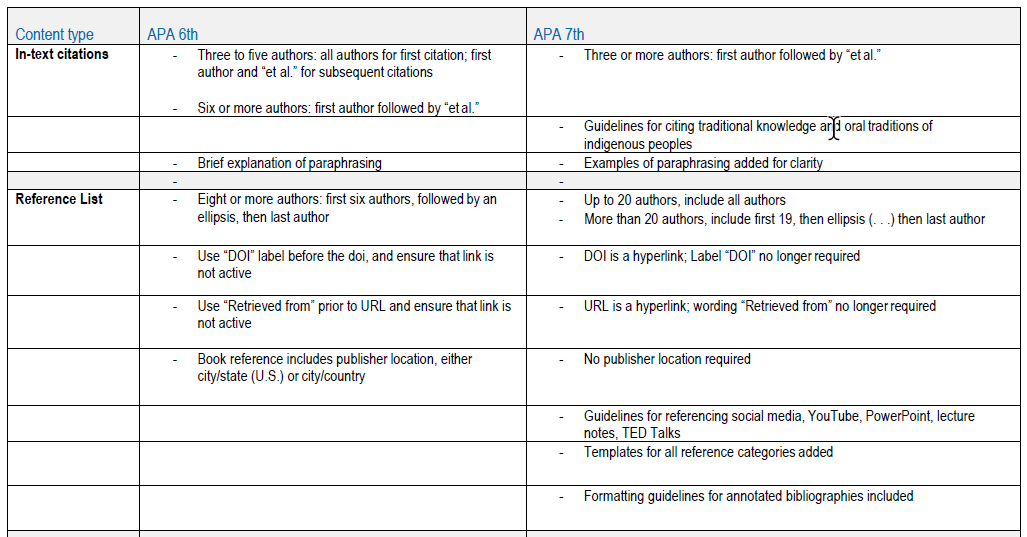 An online resource from the APA "Learning Center" is available through our library catalogue: Academic Writer

Eumeralla: A War Requiem for Peace is written and composed by Professor Deborah Cheetham and is sung entirely in the ancient dialects of the Gunditjmara people.

iIformit's EduTV is a database containing a number of  documentaries

Kanopy also contains music in some documentaries featuring music in Australia.
For example. Lurugu [from the AIATSIS collection].