A guide to Slavic Studies resources at Monash University Library, including the Ada Booth Slavic Collection 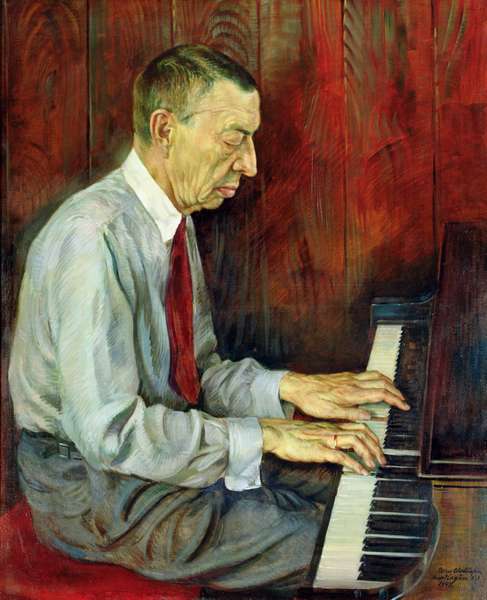 The Monash University Library's music collections of scores and audio visual recordings are housed mainly in the Matheson Library and in the Vera Bradford Collection at the Peninsula Library. Of particular note are the new subscriptions to the Collected Works editions of Shostakovich, Tchaikovsky, Martinu and Rachmaninoff and the works of Slavic Australian composers. For ethnomusicological research there are extensive holdings of the music and texts of folk songs from many Slavic countries.
The Australian Composer Archives contain manuscripts, published scores, sound recordings, scrapbooks and other ephemera, which may be viewed in the Special Collections Reading Room: for example, the Music Archive of Linda Phillips who was born in Melbourne in 1899 of Russian-Australian parentage. There are also interesting Special Collections such as Severnai︠a︡ lira [Северная лира], a collection of 42 ephemeral Russian émigré editions of sheet music published in the mid-1920s and another collection of 26 works printed in Kiev during the early years of the Soviet era with cover designs by Les Lozovsky or Gorgy (Heorhiy) Narbut.
The Victorian Flute Guild includes works by Russian composers and composers who lived in Russia, many of which can be found in Monash Collections Online. These include Joachim Andersen (1847-1909), principal flute of the St. Petersburg Philharmonic Orchestra (1878-188), Ferdinand Büchner (1823-1906), principal flute of the Bolshoi Theatre in Moscow for 50 years. Cesare Ciardi (1818-1877), a professor of flute at the Saint Petersburg Conservatory, who became Tchaikovsky’s flute teacher and Ernesto Köhler (1849-1907), a member of the orchestra of the Imperial Opera in Saint Petersburg (1871-1907).

The Slavic, Eastern-European and Eurasian vinyl collection includes music, produced from the 1950s to 1970s. The Melodiya label was not in use until 1964 and over 100 earlier recordings bear names on the label which identify the factory where the recording was manufactured, such as Aprelevskii zavod or Akkord. These recordings represent the performances of musicians from the Russian Soviet Federative Socialist Republic (RSFSR) and other parts of Eastern Europe. There are also Czech recordings issued on the Supraphon label with composers who deserve to be more well known such as Josef Suk, Ilja Hurník and Iša Krejčí. In many cases, the music is by musicians widely appreciated for many years in the former Soviet Union but little known now. For example, Marina Kozulopova (violin) and Lydia Fichtenholz (piano), Vera Dulova (harp) and Russian pianists who participated in Moscow at the 1958 International Tchaikovsky competition, Lev Vasslenko, Eduard Miansarov and Americans Daniel Pollack and Van Cliburn (the winner), who were both taught by Ukrainian Rosina Lhévinne.