A guide to help you find non-English resources

Subject Librarian for Korean Studies
Jung-Sim Kim (Matheson Library, Clayton)
If you would like to add any comments or suggestions, please email Jung-Sim Kim.

Breve – The mark ˘ placed over a vowel to signify that it is short form. Oxford English Dictionary (OED)

Input Method Editor (IME): A software tool allowing you to type in Roman and non-Roman scripts on a standard keyboard.

Romanized Korean/Romanization: Conversion of Korean characters into the Roman (Latin) script or alphabet.

McCune-Reischauer Romanization system: Also known as “MR Romanization”, this system is easily recognized by the breve ( ˘ ) over o ( ŏ ) and u ( ŭ ) and apostrophe ( ’ ).

Revised Romanization of Korean system: This system is easily recognized by using e instead of breve ( ˘ ) of McCune-Reischauer Romanization. E.g. ŏ to eo ; ŭ to eu

Subject headings: Standard keywords used to describe the topic of an item.

This page will help you to find Korean language material in the Library Search.

You can find an overview of the different input methods and their best application.
More information on Korea-related resources, please visit the Korean Studies - Library guides at Monash University.

You can use three different input methods for finding Korean resources in Search.

Click on the tabs above to find out detailed information on using these different methods and when to best use them.

We have also included some practice exercises on the tab "Test yourself" for you to understand the different input methods. 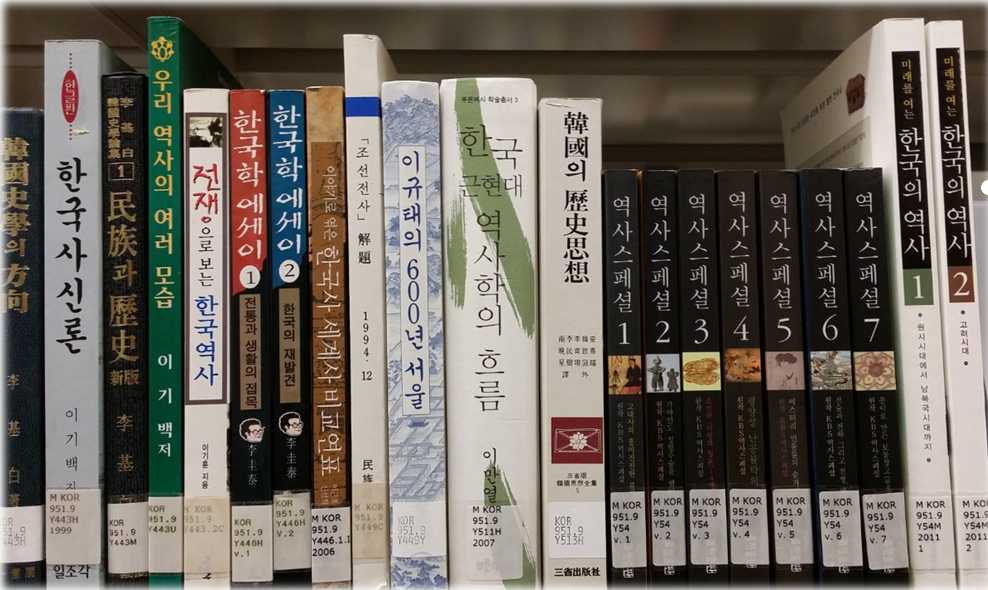 Tip: Browsing the shelves at the same call number in different collections will find similar topics.

How to input Korean characters (Hangul 한글 and Hancha 漢字)

​These two writing systems are differentiated both by their distinct appearance and what they are used for.

The Input method editor (IME) allows you to type Korean characters. Add Korean language from the list of languages and language settings in your PC or Mac — then, simply switch between languages.

How can you add the IME in your computer?

Note: Make sure that the language bar is visible. The IME Pad or Keyboard is useful if you know the Korean characters but you don't know how to;type them out..

When to best use Korean characters

Use Korean characters if you:

Using Korean characters in these cases will give you the best results and will include all recent publications. But make sure you have typed the exact title or the author's Korean characters correctly, or you might not get any good results! 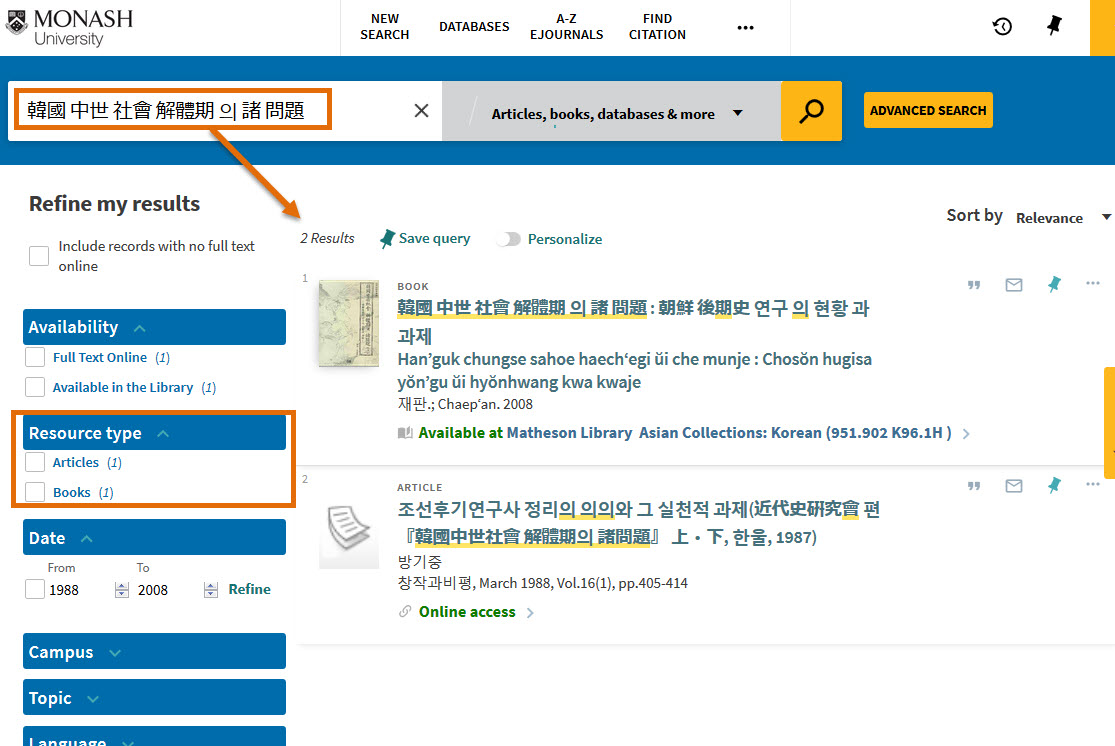 Use of Romanized Korean

Romanization converts Korean characters into the Roman (Latin) script to express the language in a phonetic form that allows typing on a standard keyboard.There are different systems of romanization for Korean. Exceptions of Korean Romanization can be found in Korean romanization guideline below:

Monash University Library uses the McCune-Reischauer Romanization system. You can easily recognize it from:

Note:  It is not necessary to type diacritics (apostrophe and breve) in Library Search.

When to best use Romanized Korean

Use romanized Korean if you:

Using Romanization will give you a greater number of results, including the records for older publications that have not been updated with Korean characters. Romanization also picks up resources in English and other languages. 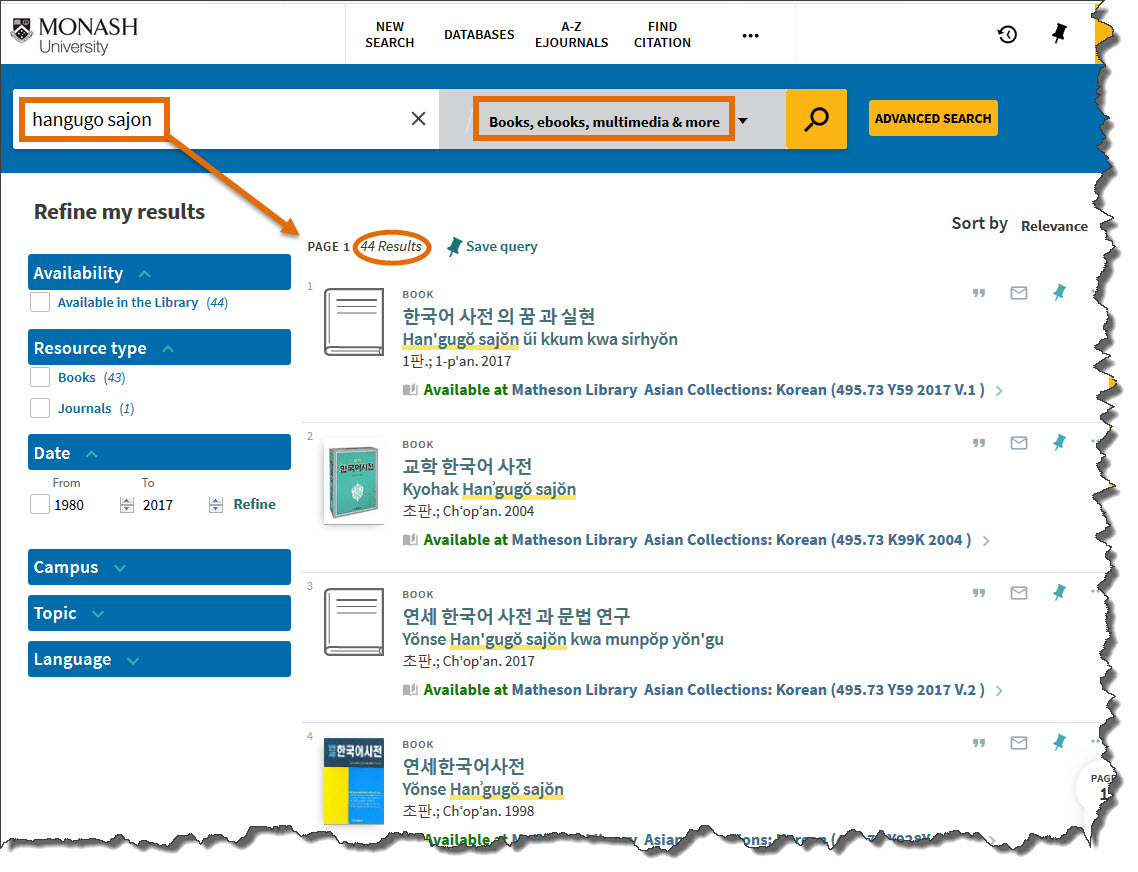 You can also search for Korean material using English keywords.

Using English keywords will lead you to the subject headings, which are another way to find suitable resources.

When to best use English

Use English if you: 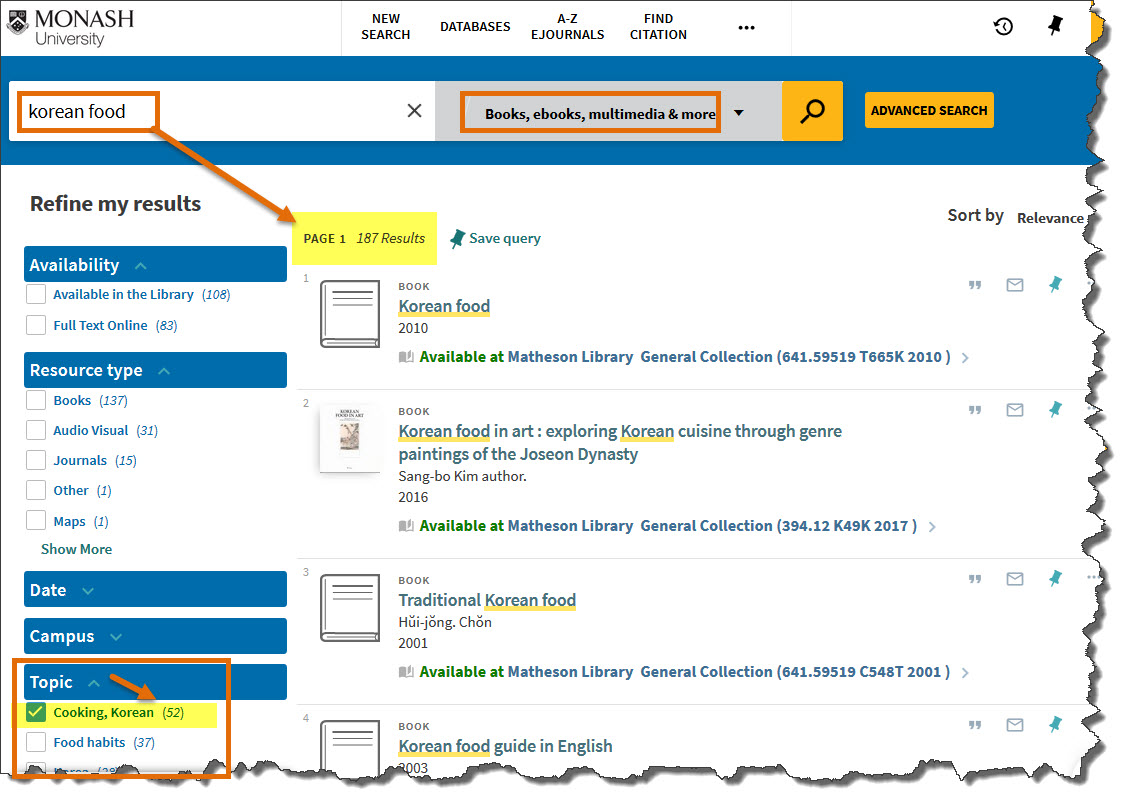 Below you can find some activities to test yourself how well you can use Korean to find resources.

These activities are best viewed on OS/Browser.

Click on any of the banners below to start the activity in a new window.

Test Yourself: Using the IME

Test Yourself: Quiz - Input Methods for Revised Romanization of Korean