A good place to start.. 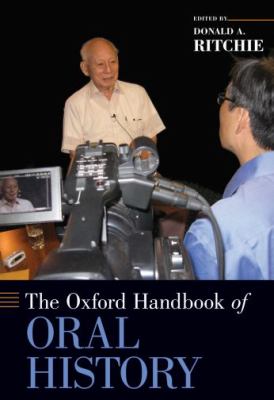 The USC Shoah Foundation Institute's Visual History Archive provides access to over 50,600 video interviews conducted with survivors and witnesses of the Holocaust. These testimonies were collected in 56 countries and in 32 languages. The majority of the interviews are with Jewish survivors of the Holocaust. Political prisoners, Roma and Sinti (Gypsy) survivors, homosexuals, Jehovah's Witnesses, and liberators, witnesses, rescuers, and aid providers also provided testimony.

The Sixties ... brings the 1960s alive through diaries, letters, autobiographies and other memoirs, written and oral histories, manifestos, government documents, memorabilia, and scholarly commentary ... Spanning 1960 to 1974, The Sixties is centered on key themes that provide insight into the issues that shaped America

For selected videos covering a range of historical periods and eras. Also good for oral histories.

From Glory Boxes to Grindr: Dating in Australia 1945-2015
An oral history exhibition about the experiences of dating and young love over the last 70 years.

A selection of 410 recorded oral history interviews chronicling African-American life during the age of legal segregation in the American South, from the 1890s to the 1950s.

The National Library of Australia's Oral History and Folklore Collection

The NLA's Oral History and Folklore collection records the voices that describe our cultural, intellectual and social life.  The collection consists of around 45,000 hours of recordings, the earlier ones dating back to the 1950s when the tape recorder became available.