This page selects resources relevant for the study of popular music in ATS1343. Introductory texts on the basic research principles of ethnomusicology and popular music scholarship are included. There are tabs to support the essay topics and the Expo where all the books featured are available as an ebook and most are also available in print. To find journal articles use databases such as Proquest which has a music specific database, Music periodicals database, and EBSCOhost which includes RILM Abstracts.
If you are seeking a particular kind of resource, please contact your librarian.

In addition to the keywords hip-hop and gansgsta rap indicated in your assigned topic, you may have also noted useful terms from your lectures and readings. Try these in library search or databases such as Proquest or Ebsco.

Sources for all regions from every continent

The following databases offer sources which you can search using keywords : hip-hop and gansgsta, reggae and Jamaica or samba and Brazil. There will also be sources relevant to the Expo on the Eurovision Song Contest and the pop music of East Asia, India, Iran, South Africa and West Africa.

Bloomsbury Popular Music is a database containing in-depth analysis of popular music in a global context. You can search with keywords to find sources for the essay topics and the Expo.

Contemporary World Music contains streamed sound tracks and online liner notes which offer different perspectives on your topics. You can search by Place or Genre and browse by performer or ensemble.

Smithsonian World Music is a a virtual encyclopedia of the world's musical and aural traditions produced in partnership with Smithsonian Folkways Recordings. There are over 35,000 individual tracks of music and online liner notes which you can browse or search using controlled vocabularies or keywords to find musical instruments, geographic areas, cultural groups and genres.

Many comprehensive encyclopedias contain articles accompanied by extensive bibliographies which provide ideas for further sources.  Try the entries for Hip-Hop, Samba, Brazil, Iran, Jamaica, South Africa and West African in Oxford Music Online. The search interface allows you to search for keywords across the full text of all articles. For example: 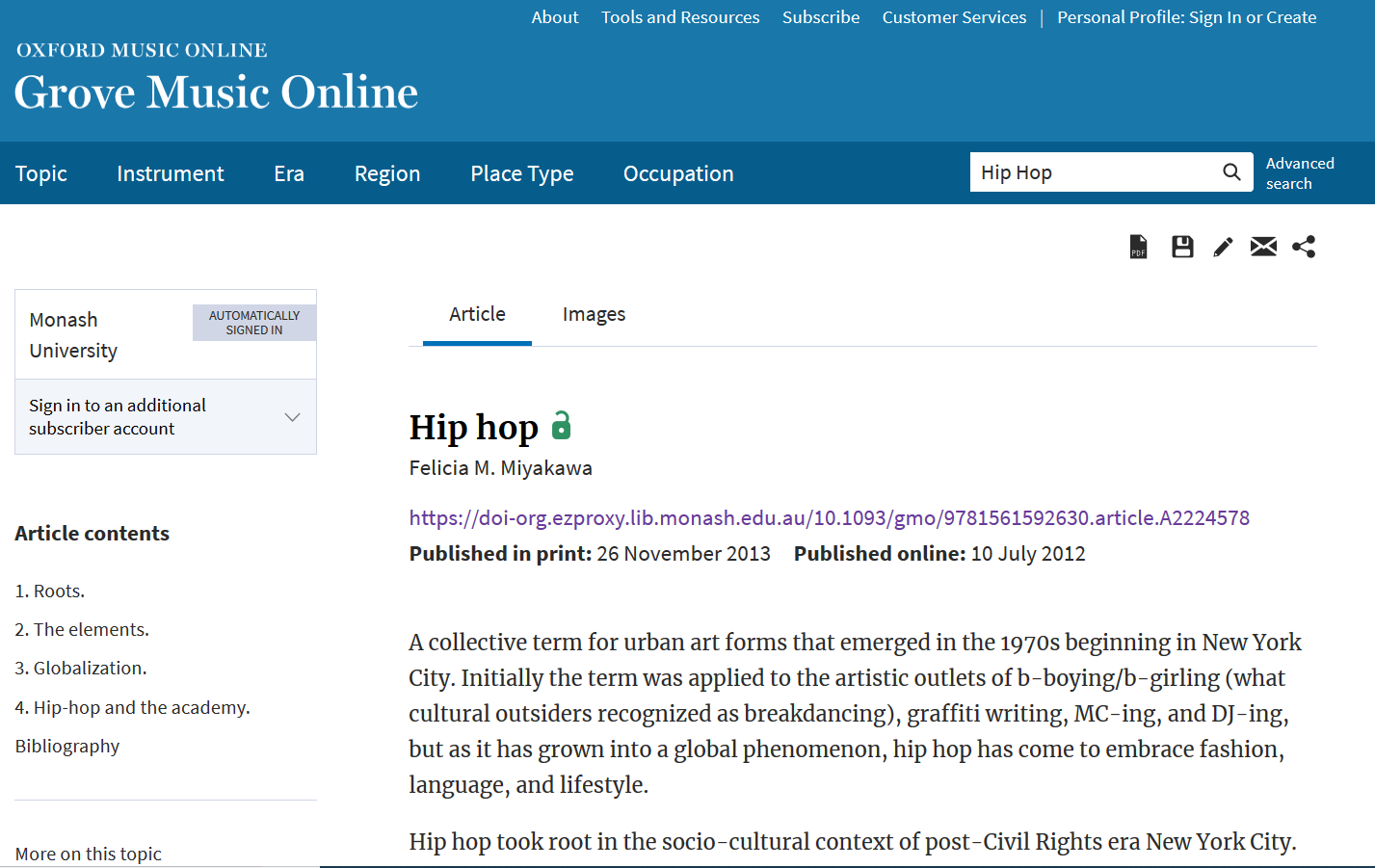